With a new president preparing to take the helm, UVA needed a website that captured its vision for the future of its community.

When he was introduced as the ninth president of the University of Virginia, Jim Ryan remarked that he liked questions—and planned to ask a lot of them. His priority:  inspire the entire university community to contribute their  visions for a renewed UVA. The university’s future, he said, was “ours to shape.”
The president’s office needed a platform that would engage UVA and generate productive, big-picture feedback. Something that would be much more than a suggestion box or a one-way forum for complaints. UVA wanted to communicate that an involved and vibrant community was the key to the future of the university.

Our recommendation:  build an online “town hall”. We would combine the qualities of organic interaction among  a close-knit community with the ease of use of an app. There would be no sign-in, no moderators, and no barriers.
True to President Ryan’s promise, the site poses insightful questions and offers space for thoughtful responses (up to 700 words).  which are shared among the campus community in  a dynamic online forum. The site also shares the Ours to Shape twitter feed so visitors can see up-to-the-minute updates.

The site achieved UVA’s objective of soliciting ideas and inspiration from a broad spectrum of the community, from students and staff to faculty, parents and alumni. UVA was able to identify overarching themes across dozens of topics which informed the university’s strategic plan, goals, and ambitions through 2030. 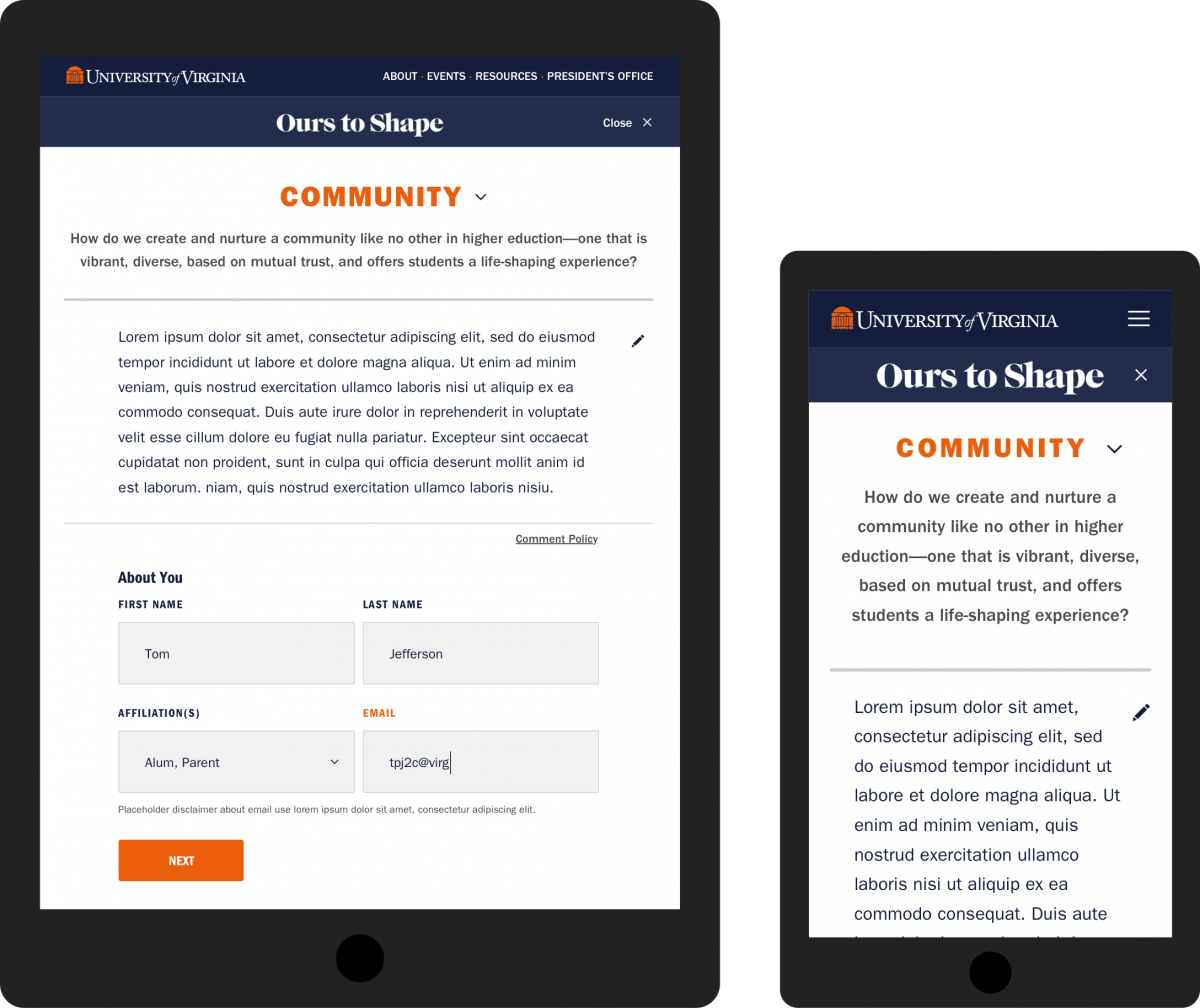